March 2010. If you have difficulty regulating your blood sugar and you are electrically sensitive you may have type 3 diabetes according to research published in the Journal Electromagnetic Biology and Medicine in 2008. Unlike Type 1 diabetes… Read More

December 2009. The January issue of Prevention Magazine steps up to the plate to highlight “Dirty Electricity” and the health effects that are related to electromagnetic radiation. This article features the work of Sam Milham and Lloyd Morgan… Read More

September 2009. Dr. Sam Milham, MD, has been researching the health effects of electromagnetic exposure for decades and his most recent paper, which appeared in the September issue of the Journal of Medical Hypotheses, is particularly disturbing. See… Read More

Magda Havas began research on acid rain and metal pollution in 1975 and worked at the Smoking Hills in the Canadian arctic, in Ontario near the INCO and Falconbridge metal smelters, and at Hubbard Brook in New Hampshire…. Read More 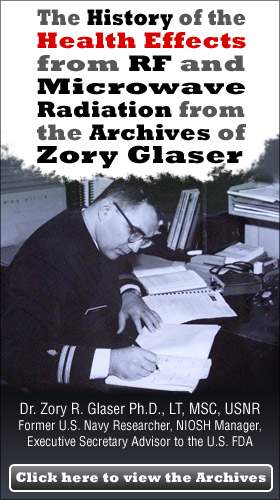 Things On My Mind